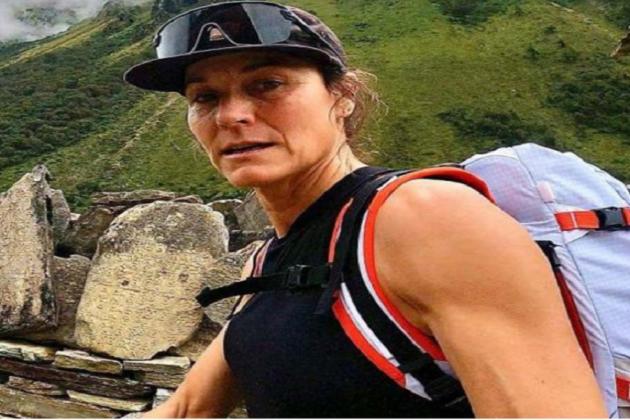 KATHMANDU, Nepal A well-known extreme skier from the United States who died after falling from one of the world's highest mountains was given a traditional funeral at a Sherpa cremation ground on Sunday.

Buddhist monks presided over the ceremony attended by family, friends, and government officials.

Nelson's body was transported from a hospital morgue to the Sherpa cremation grounds in Kathmandu on the back of an open truck decorated with her poster and flower garlands.

Family, friends, mountaineers, and government officials gathered at the funeral grounds, offering flowers and scarves to be placed on her remains, which were then resting on a stack of wood. Buddhist monks lit the pyre while playing musical instruments and chanting prayers, and mourners burned incense.

Nelson's family had flown to Kathmandu for the funeral.

She vanished on September 26, and two days later, rescuers searching by helicopter discovered her body, which was flown to Kathmandu. The initial search had been hampered by bad weather.

Climbers on Mount Manaslu have been plagued by bad weather and avalanches. An avalanche at a lower elevation on the same mountain killed a Nepalese man and injured several other climbers on the same day Nelson fell.