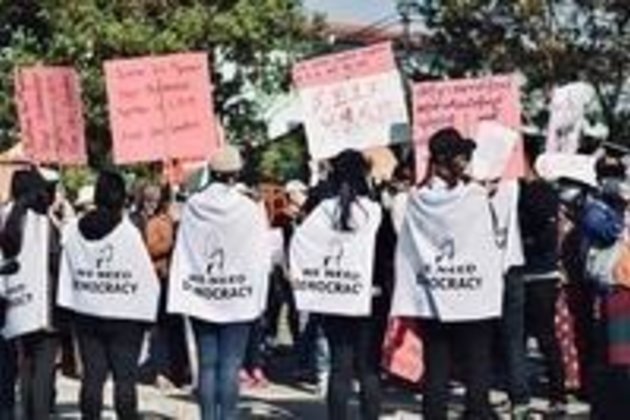 UN special envoy for Myanmar Noeleen Heyzer travelled for the first time to the country since she was appointed last October.

The visit follows the Security Council's latest call for an end to the violence and unimpeded humanitarian access to the Southeast Asian nation.

Ms. Heyzer, a women's rights activist from Singapore, will focus on addressing the deteriorating situation there, according to the UN.

Myanmar has been in chaos since the military overthrew the elected government led by Nobel laureate Aung San Suu Kyi early last year with a bloody crackdown on protests that followed.

Although Myanmar's military rulers had agreed in April 2021 to a five-point plan of the Association of Southeast Asian Nations (ASEAN) to restore peace and stability to the country, little effort has been made to implement it.

The country has since slipped into a situation that some have characterized as a civil war.

Efforts by Myanmar's Southeast Asian neighbours to restore peace have also been hampered by the country's recent execution of four political activists, including two from the pro-democracy movement.

The Security Council, including allies Russia and China, condemned the executions.

Earlier this month news media said that Cambodian Foreign Minister Prak Sokhonn, who also serves as special envoy to Myanmar for the 10-member ASEAN, warned that further executions would force the regional group to reconsider how it engages with the country.

In its annual report released in early August, the UN Independent Investigative Mechanism for Burma found that a growing body of evidence that crimes against humanity were being committed in the country.

Since the military coup, more than 2,100 civilians have been killed and nearly 15,000 arrested, according to news reports.

Ms. Heyzer's visit comes a day after a court in the military-run State convicted the ousted leader on four extra counts of corruption and added six more years in prison to her previous 11-year sentence.

The UN had no details as to whether Ms. Heyzer will meet with Myanmar's military rulers or Ms. Suu Kyi - a longtime UN demand,

The UN envoy's visit follows extensive consultations with actors from across the political spectrum, civil society and communities affected by the ongoing conflict.

From 1994 to 2007, Ms. Heyzer had headed the UN Development Fund for Women (UNIFEM), which focuses on promoting women's economic advancement, and from 2007 to 2014, served as the first woman Executive Secretary of the UN Economic and Social Commission for Asia and the Pacific (ESCAP).

Second Bangladeshi seriously injured after stepping on landmine in Myanmar

Number of non-EU citizens told to leave Italy rises over 2,000% in Q2

US to send more HIMARS to Ukraine by presidential order

Starlink satellite to reconnect Florida to internet after hurricane

Germany to provide air defense system against drones to Ukraine

Cubans protest in Havana for 2nd night over lack of power

Survey: Two-thirds of American adults will not get COVID boosters