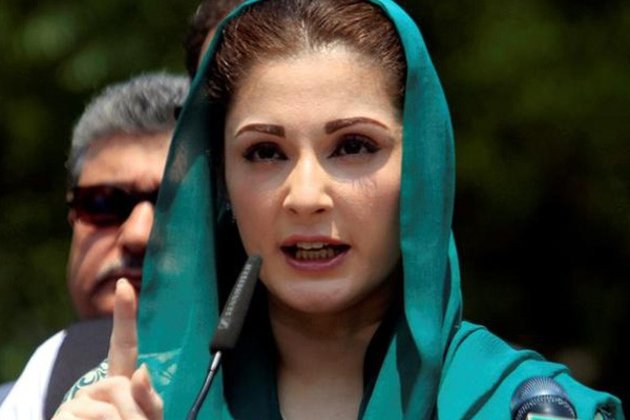 Islamabad [Pakistan], October 24 (ANI): Pakistan Muslim League (PML-N) Vice President Maryam Nawaz on Saturday said that now was the best time to join her party, as it, along with 11 other members of Pakistan Democratic Movement (PDM), have broken the shackles of fear.

"I feel this is the best time to join the PML-N because PML-N and 11 parties in the PDM have broken the shackles of fear," said Maryam Nawaz told party workers, as reported by Geo News.

"The truth is that despite being banned, Nawaz Sharif is the only Pakistani personality whose voice is echoing all over Pakistan," Geo News quoted Maryam.

She added that across the country, the people "can only see the face of one man" who they feel will resolve their problems.

This comes after a recently held anti-government rally in Karachi where political parties under the banner of joint opposition alliance---Pakistan Democratic Movement (PDM)-- protested against the 'puppet' government of Prime Minister Imran Khan and demanded his resignation. Thousands of people participated in the rally in Karachi.

Following the rally, PML-N leader Maryam Nawaz's husband Safdar Awan was arrested from his hotel room. Safdar has now been released on bail.

PML-N leader and spokesman for Nawaz Sharif and Maryam Nawaz's and former Sindh Governor Muhammad Zubair said that the IGP Sindh was 'kidnapped' by Rangers who forced him to file an FIR for Safdar's arrest.

Almost all police officers in Sindh Police applied for leave in protest against the humiliation meted out to the Sindh IGP Mushtaq Mehr, during the PML-N leader Safdar Awan's arrest saga, The News International reported. (ANI)